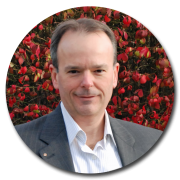 Your cost to complete a project hinges on a variety of known and unknown factors.  On a prior blog post, we focused on the importance of a contract’s “Schedule of Values”.  As emphasized in that post, the Schedule of Values must be a well delineated listing of all the tasks that constitute the project.  The more detail, the clearer the project comes into focus.  However, even the most detailed Schedule of Values is only one half of the picture.  While the Schedule of Values describes the tasks that must be completed to produce revenue for the contractor, an important part of the picture remains undeveloped.  A Schedule of Values does not reflect the costs that the contractor will incur when accomplishing the defined tasks.  A lack of detail in this area creates a blurry image.  A properly designed and implemented Funds Administration process will produce a fully developed picture by zooming in for the details.

When a project is being managed under Funds Administration, you can expect that each task will be associated with the party responsible for completion of that task.  If the task has been delegated to a subcontractor, the name of that subcontractor and the amount of the subcontract will be known.  Each subcontract is obtained to determine the subcontractor’s scope of work, and these defined tasks are compared against the Schedule of Values that the contractor submits to the owner.  When disbursing funds, the subcontractor’s requisition for payment is analyzed against the corresponding line item on the Schedule of Values, and the amount of that line item, paid by the owner.  These procedures ensure that the performing parties are satisfied.

Under Funds Administration, a sharp image of every function that has not been ‘subbed out’ is also developed.  A depth of field on each of the contractor ‘self-performed’ functions is ascertained.  The labor and material costs required to complete each item on the Schedule of Values is determined.  All material suppliers are identified, and the budget for each of these suppliers is revealed.  With this expense data, as the project develops, it will be determined if the material and labor costs will exceed the contractor’s expectations.

As you can clearly see, Funds Administration will produce a high-resolution picture. 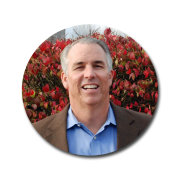 When it comes to finding the right contractor for your commercial construction project, there is no one-size-fits-all approach. Every project is unique producing a different set of drivers to reach your end result. Properly vetting your commercial contractor through a contractor evaluation is a practice that must happen early in the process. While it may be tempting to choose the lowest bidder, this practice often leads to troubled or outright failed projects.  Bid numbers aside, a contractor should be measured by key performance indicators that will afford you an in-depth look into their ability to deliver the project successfully.

Collect the Appropriate Information for your Next Contractor Evaluation

The information you garner from this simple exercise can give you some perspective on the quality and history for the end game of the most qualified Contractor for your project.

So, what are the next steps?

Finding the right contractor for your project goes well beyond the bid process. A carefully vetted contractor will check off a lot more of your boxes than simply the bottom line number.  They will be the right one for the job at hand, regardless of price, which will save you so much more than if you simply ran with the lowest bidder. 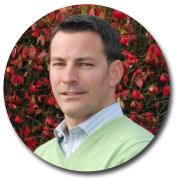 There’s no question that the effects of the COVID pandemic are being felt across many industries. For construction, two major pain points were labor shortages and supply chain disruptions. Now, post-COVID, the push to build again has further strained the supply chains and have forced contractors to re-think or re-design their supply chains, and it’s forced suppliers to do the same.

Recently with post-pandemic needs in construction supply, coupled with other issues like the bottle neck of cargo ships blocked by a grounded vessel in the Suez Canal, the construction industry’s heavy reliance on a global supply chain has shown how sensitive it is to these external disruptions. The domino effect of this discontinuity results in increased costs, job delays, and even effects construction lending.

One example of a major component in construction being affected is the cost of lumber. Lumber prices have risen by as much as 375% over the past year, and prices are just beginning to come back to earth. Other supplies like specialty items, flooring, tile and more, which are typically sourced from global manufacturers, have been delayed if not completely unavailable. This has forced construction companies to look more regionally, which has put a strain on that supply as well.

If we don’t learn from all of this, then we’ve wasted the experience. I know, it’s not an experience we want to go through again, but my years in the military have taught me that if you plan for the worst, you’ll never be disappointed. This experience has forced many to rethink the Just-in-Time (JIT) supply chain methodology. This isn’t a call for scrapping it completely as it’s a very effective and cost-efficient way to supply the much-needed materials without having to have large stocks on hand. That said, another saying we have in the military is that you can never be really ready, but you can be prepared. Your level of preparedness matters, especially when major unforeseeable events happen. Most manufacturers were not anticipating a virus to shut down their plant or cause labor shortages for long periods of time, and I’m sure contractors weren’t either. Rethinking the supply chain for both manufacturers and contractors to include a hybrid of JIT and on hand stock at both levels has to be more common moving forward. Any new methodology must also include a more diverse supply chain as well. 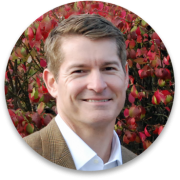 A project owner typically negotiates with a contractor over several months to finalize a construction project’s scope, schedule, price, and other important project details.  Then the culmination of these efforts gets memorialized in the construction contract.  Among the many details that are outlined in the contract is a Schedule of Values.

The Schedule of Values is often seen by the owner simply as a schedule used as part of the payment application when the contractor submits the monthly pay application.  While it certainly functions in this capacity, an owner should be careful to review the Schedule of Values as it would the other important components of the construction contract.

An owner may view the Schedule of Values and see some items that look a bit high but then see others that seem well priced, and overall, the lump sum is a price the owner is happy with.  So why worry about individual line items if the lump sum price is satisfactory?

Some of the potential problems with a Schedule of Values that contains line items with values that don’t match well with the market value of what that line item should be priced at can come into play if the contractor is terminated or if there are change orders.

It is common for a contractor to put more profit in the scope items that will be completed early in the construction schedule and less profit, sometimes no profit, in the items near the end of the construction schedule.  Why does a contractor do this?  Generally, it’s done so the contractor can use the owner’s money to help cash flow the project.  As an owner, you are either not aware of this practice or perhaps you accept this practice because you want to help the contractor.  But what if you need to part ways with the contractor in the middle of the project?  And the remaining items on the schedule of values have very little profit in them?  The chance of the owner getting a new contractor to complete the remaining work for the money left is going to be very difficult.  Even if the Owner can find another contractor to do the work for the remaining contract value, is it fair that the first contractor received payment on the items that had bigger profit margins?  Side note: If a contactor is in funds control, the profit and overhead is paid out based on the actual cost of the line items and not the “value” placed on them.

Does the Lien Release in your hand “tell a story”?

Is there a tale that you need to hear?  Is there trouble brewing?

Depending upon the viewer’s perspective, a Lien Release is seen as a receipt of payment, a protection from a lien, or a defense against a payment claim.  A properly executed Lien Release is all of these things.

The party executing the release is acknowledging the receipt of payment and stating that the payment was credited to the contractor’s obligations on the project which is identified on the Lien Release.  This is basic.

When I evaluate a Lien Release, I demand that it function as intended, but I expect much more than basic.

By executing my release form, the subcontractor is confirming the contract amount and balance remaining.  With this information, I can verify the contractor’s budgets, as well as their cost to complete.

My release form may tell another story.  Why won’t the subcontractor execute my release form?  Probably not because they haven’t received payment, or haven’t applied that payment to our project.  It could be that they owe 2nd Tier parties.  Or, possibly they don’t agree with the contract amount and/or the balance left on that contract.  This is an indicator of possible trouble coming.  That is also a story you need to hear.

So, what is your Lien Release telling you?